Our Thoughts on The Folding Pocket Samurai Knife:

This Folding Pocket Samurai Knife is just the thing for the business samurai on the go.

In today’s hustle and bustle world, where the once noble samurai have been forced into second, even third, jobs, it can be tough for a samurai to uphold the ancient code of honor and meet their sales targets. Especially with that ridiculous ‘no swords’ policy that the office implemented. You cut through one desk… Well now, business samurai’s need look no further than the Folding Pocket Samurai Knife. With its small size and folding action, no one in the office will even know you’re carrying it. At least, not until the ninja lawyers strike and you spring into action because with a razor sharp edge that is rivaled only by your own katana, you will be ready to slice and dice those ninjas like they were a basket of fruit. Now, who’s not allowed to have a blade in the office, Jenny? With a keychain attachment, this knife is truly the portable blade that you’ve been looking for. Take it on sales calls with you in case those pesky ninjas strike while you’re at the wheel. No more reaching behind you and fumbling for your katana while swerving down the freeway! This keychain knife is the solution to all the problems of the modern business samurai.

Carry your honor with you wherever you go, from the boardroom to the battlefield.

The folding Pocket Samurai Knife is forged from aircraft grade aluminum, so you know you can depend on it to get the job done. It also doubles as an excellent alternative to a regular katana for those samurais that are, let’s say, more ‘humble’ in their stature. Always found regular katana too big for your… compact frame? Then try a Folding Pocket Samurai Knife today! 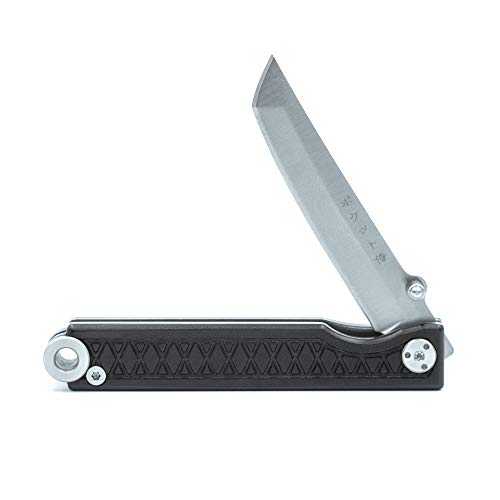 Last update on 2020-07-05 / This post may contain affiliate links which may give us a commission at no additional cost to you. As an Amazon Associate we earn from qualifying purchases.