Our Thoughts on The Lifelike Puppy Companion – A Realistic Furry Dog Friend:

Few people realize that the 1970’s hit movie “Planet of the Apes” was actually based around real life.

No, there was no island full of apes who carried weapons and spoke while barely moving their lips.

However... There is an island full of lifelike, mechanical dogs that never die.

In the deepest, darkest recesses of Antarctica, an island off the coast was discovered in the late 1950s that sent the science world into a tizzy.

Mr. Gerd Arlow was rowing back from a late evening fishing trip when he became tired.

He saw a small, rather unremarkable island in the distance and decided it would be in his best interest to rest, rather than push himself to get back to the coast where his dock was located.

Gerd, who had also enjoyed around 37 Hamm’s beers that day, hastily rowed ashore, and immediately passed out (while singing himself to sleep to a song he made up, “Ode to King Haakon VII – How I Adore Thee”).

When dawn arrived, there were several things that happened on that island that are completely beyond human comprehension.

Below is Arlow’s journal (recovered October 1947):

6:17 am: Woke up feeling great. Not sure if it’s the salt water, salt air, or the salt lick I ate before passing out last night.

6:31 am: Do not make a sandwich from the sand on this island. Very gritty. I mean, I ate it, but it wasn’t great. I may have another one in a little while.

6:47 am: Nothing like relieving yourself next to a tree.

7:04 am: THERE ARE ROBOT PUPPIES EVERYWHERE. OH, GOODNESS GRACIOUS ME OH MY… AM I STILL DRUNK ON HAMM’S??

This was the last entry from Mr. Ardlow’s very personal journal that was discovered.

A Lifelike Puppy Has Been Created Here and Now

Welcome to the future – with a nod to the past.

Imagine Having a Real Lifelike Puppy

One that responds to your voice, keeps you company and doesn’t require and strenuous care regimen (like walking in the middle of the night, or at dawn or dusk, or any time, really).

It’s the Ageless Innovation puppy that is an incredibly lifelike golden furred pup that is unlike anything you’ve experienced before.

Comforting and friendly, this lifelike puppy will keep you company, never go to the bathroom indoors, always respond to your voice, and even retrieve you a pony keg of Hamm’s beer, should you require it.*

This adorable little lifelike puppy is perfect for younger and older alike – or anyone who requires the companionship of a puppy, without the hassle of care.

Disclaimer: *Ageless Innovation lifelike puppy will not retrieve Hamm’s beer as the company was dissolved shortly after the news of Gerd Arlow’s experience became public knowledge* 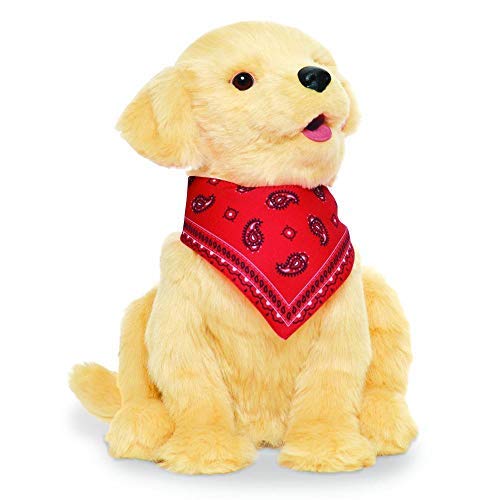 Last update on 2020-10-29 / This post may contain affiliate links which may give us a commission at no additional cost to you. As an Amazon Associate we earn from qualifying purchases.