$17.99
Buy on Amazon
Define Awesome is a participant in the Amazon Services LLC Associates Program, an affiliate advertising program designed to provide a means for sites to earn advertising fees by advertising and linking to amazon.com.
Share the Pillow Weapons for Pillow Fights with your friends:

What You Need To Know About Pillow Weapons for Pillow Fights:

Pillow fights first came into prominence in the royalty circle of Richard the Lionheart in 1189.

Sure, you’re reading this like, “Yeah, dude, I know He was the son of Duke Robert of Normandy, also called ‘Robert the Devil’, and of Herlev (also known as Arlette), whose father, Fulbert, was a tanner: a trade deemed disgusting and carried out by despised people.”

It’s about the bigger picture: Richard the Lionheart ushered in the dawn of the pillow fight.

Not the pillow fight that you’re thinking of.

Not the pre-teen little girls who can’t sleep because they’re all hopped up on kettle corn and American Idol.

Not the pillow fight you and your partner have after a mix-a-six pack of craft ale.

We get it. IPA twelve ouncers are decent.

But we’re talking about the real pillow fights.

The pillow fights that included the following rules:

Rule #1: Though may have one pillow weapon of their choice that does not include a standard size and shaped pillow. Thy may choose a double-sided Viking axe, a sword, nunchucks, or a ninja star.

Rule #2: Thy may choose to have the pillow fights in a bedroom, family room, fully finished and furnished basement or a living room (as long as there is ample room to rest after said battle)

Rule #3: Thy must not hit the head, forehead, cheek, neck, wrist, ankle, private parts or fat rolls of the opponent.

Does this leave only a small portion of pillow fighting available?

But it leaves only the best, most qualified fighters an opportunity to win.

An opportunity to be called Lionheart.

Oh, and here’s the rub: your opponent will probably show up with just a nonsense standard pillow.

That’s when you bomb through with every item. Every pillow weapon that can make a difference. You get every single one of them. The double-sided Viking ax, the sword, nunchucks, and the ninja star.

This set of pillow fight weapons allows you the opportunity to do what you want, when you want.

Think ye ‘olde Lionheart would back off when people complained he didn’t follow the rules?

Nope. Neither would his family. Or his friends. Or his pets.

All of them were all in on pillow fights.

Stop being the classic lame brain that only brings regular pillows.

Bring a weapon to a pillow fight.

Make the man himself proud.

And if you can’t be a true Lionheart, just be a badass who has super cool pillow weapons. 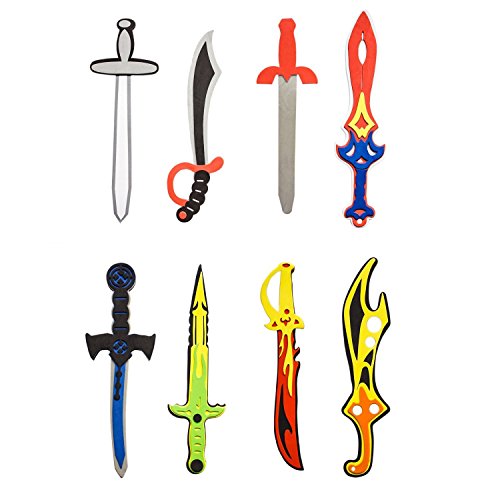 Last update on 2022-05-16 / This post may contain affiliate links which may give us a commission at no additional cost to you. As an Amazon Associate we earn from qualifying purchases.

The Magic Crystal Ball for Pets