Buy on Amazon
Define Awesome is a participant in the Amazon Services LLC Associates Program, an affiliate advertising program designed to provide a means for sites to earn advertising fees by advertising and linking to amazon.com.
Share the The Worlds Smallest Violin with your friends:

What You Need To Know About The Worlds Smallest Violin:

Violins have a long history.

They were first invented in the 16th century in Ducati, Italy by Duke de Violin, where the first violin was made with only three strings and a dream!

Over time, small violin manufacturers evolved to the level of the superior craftsmanship that they possess through the powers of the unknown today.

Each manufacturer knows which materials are best for each tiny violin, and the different qualities of each type of material.

It’s all about the wood: Choosing the right type for small violin production

According to Duke de Violin:

What a wise Duke he was.

The most common types of woods used to construct miniature violins are spruce and maple.

However, there are some other woods that are used frequently include willow, poplar, rosewood, cedar, and birch.

The reason that miniature violin producers need to be picky about the wood type is heavily dependent on the location of where the trees grow, and most importantly, how often they are hugged.

The aforementioned wood types tend to grow in higher altitude areas that attract people who care about nothing but saving these trees.

The higher altitude allows the wood to be dense, sturdy, and yet lightweight at the same time.

If the wood is sourced out of California, it is of higher quality than any other wood due to the mere love they receive in the form of human touch.

This human touch comes from environmentalists wrapping their arms around the trees for days at a time, in hopes that it will not be cut down for as long as they stand in the way.

The trees tend to outlast these environmentalists though, and eventually, are cut down into hundreds of tiny violins for people like you.

The sound of the finished product depends on the surrounding environment trees grow in as well.

Manufacturers around the world who produce orchestral instruments pride themselves on their rigorous process of selecting only the finest quality wood – that which was hugged the most.

Some musical instrument making experts boast the ability to source these trees in just a few days.

They say that the number of hugs correlates directly with significantly faster growth at places such as Burning Man, where the most amount of hugs for the longest amount of time seem to occur.

According to a man who would only go by the name of “Dude”:

“It’s like, I wanna go to Burning Man, but, like, there’s no trees. So, the second we see something sprout from the ground, we all just go run and hug it as intensely as possible and we don’t let it go. It then grows at just like this rate of whoah. It’s so cool how nature responds to human touch”.

What About Spruce Wood Violins?

Spruce is very often used to create the top of the violin.

Also called the soundboard, this part of the violin uses spruce because it is light in weight and laterally flexible, kind-of like how Duke de Violin was.

Spruce also has a unique ability to mature tonally with age, but not as well as Duke de Violin did.

This means that the longer you own the violin, the better it will sound – just kind of like the longer you listen to Taylor Swift, the more you realize you actually like her music.

Maple has characteristics very similar to spruce in that they both are durable and lightweight, just like a feather, except much heavier. More like Duke de Violin.

In Germany, maple is often used to make the back of violins, but in Vermont, they only use it to make syrup.

One of the reasons why maple is a popular selection for this part of the violin is because of its physical appearance and resemble the beauty of Duke de Violins’ soft hands.

Maple, when aged and processed for the appropriate time, gives off what’s called “flaming” characteristics.

This is due to the split in maple trees, which gives the wood backing an interesting pattern.

Maplewood refracts light in different shapes adding a beautiful quality to any violin. These patterns and light features of Maple may be the reason people in California, Oregon and Washington state may be so attracted to hugging it.

It has been conceded over time that the backs of violins don’t have a noticeable effect when it comes to sound production if the wood they were sourced from was hugged long and hard enough.

This quality gives manufacturers some liberty and flexibility with different wood types, such as cedar or poplar, solely for the production of the backs.

For the top of the violin, however, it’s believed that besides the quality of the person themselves who have hugged the wood, the quality of wood does have a significant impact on sound production.

Spruce trees grow at a consistently fast rate, leaving their tree rings very evenly distributed which will result in a better sounding product.

For these reasons, some violin purists will die before switching to another wood source, specifically for the top soundboard.

Purchasing violins can be costly.

So, if you don’t live a lifestyle of the rich and famous, kind of like Good Charlotte, a small violin is the perfect option.

The availability of tree species can drive the cost up or down just like any other product on the market. So, it’s really not that special.

Anyways, this can affect what materials are procured by manufacturers.

In general, however, spruce and maple are predominantly used most frequently across all producers of small violins.

As you can see, violin making is a little more complicated than it seems! And that’s because it is. Manufacturers have to think carefully about the type of wood, how often that wood was given hugs, and the quality when they select.

Who do you gift small violins to?

We all have that friend from work.

Karen thinks she’s the center of the Universe.

Karen thinks that Bobby from accounting has a crush on her because he smiled at her once during the office Christmas party.

When Karen looks at Bobby, she sees hearts and flowers.

Except for today, when Karen walked in on Bobby whispering sweet nothings with a tiny violin to Cynthia during a smoke break.

Now Karen is in your office, telling you sob stories about her unlucky love life and wondering why all these bad things happen to her.

You try to rub your thumb and forefinger together casually, but Karen doesn’t get the reference.

She’s too busy acting out the distressed monologue of a textbook narcissist while you are blindly nodding with a concerned face, thinking of what tree you’re going to hug next.

If only there were a classy, hilarious way to lighten the mood and tell your friend to stop being such a drama queen from 1976.

Well, when the Karen in your life is playing the world’s saddest song, call them out on it by playing the World’s Smallest Violin!

The Universe is not against you, Karen.

Bobby and Cynthia deserve to be happy tree huggers.

Look at me, Karen!

Can you hear how ridiculous you sound?

You can’t hear any music?

Listen to the sweet sound of the worlds smallest violin. 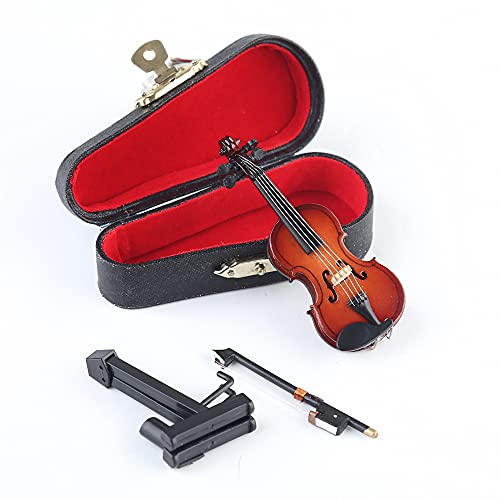 Last update on 2023-01-19 / This post may contain affiliate links which may give us a commission at no additional cost to you. As an Amazon Associate we earn from qualifying purchases.