Buy on Amazon
Define Awesome is a participant in the Amazon Services LLC Associates Program, an affiliate advertising program designed to provide a means for sites to earn advertising fees by advertising and linking to amazon.com.
Share the Cannabis Scent Perfume with your friends:

What You Need To Know About Cannabis Scent Perfume:

With cannabis everything all the rage these days, it’s rare to come across a cannabis scent product that has actually been in existence for well over 250 years.

The year was 1783. It was early Spring, and Farmer Jedidiah “Cheech” Hamilton set forth to plow his fields.

Hamilton was used to waking well before sunrise to tend to his sprawling acreage. His crop of choice was corn, and he was bound and determined to make his farm a success with an overabundance of the yellow niblets many in town had come to have an insatiable appetite for.

Unfortunately, this day was going to be different.

As Hamilton walked to the middle of his field, he stepped on a plant of unfamiliar origins to him.

He looked up, sniffed the air boldly and stopped.

Hamilton turned around to try and locate the odor, only to finally stare down in astonishment.

“Why that there is the cannabis plant! The cheech of the beach! The root of the boot! The gas of the past!

The divine has been untwined!”

Hamilton, you see, was a purveyor of both corn and cannabis.

For him, however, it was work during the day, party at night.

Unfortunately, this early morning plant encounter was a bit unexpected.

He could not resist the urge, and he indulged in the wonderful plant. He then slept for six days straight.

Fortunately for “Cheech,” when he awoke – he had a brilliant idea.

“Be gone, corn! I shall begin to harvest faux cannabis flower fragrance!”

It was Hamilton’s sly way of keeping that gorgeously rich fragrance of cannabis scent around him at all times without the concern of falling asleep for hours at a time in the middle of a harvest season unexpectedly.

For the next 249 years, the Cannabis Scent Flower fragrance spray has become one of the most provocative and most sought after odors the world over.

This was much more successful of a product than Hamilton’s initial try, “Corn Cobb Fragrance.”

Own a piece of history with Hamilton’s incredibly pleasant fragrance “Cannabis Flower.”

That oh so familiar smell of cannabis scent will have you smiling ear to ear (no corn cobs necessary).

Disclaimer: Jedidiah “Cheech” Hamilton, while flush with cash from his cannabis scent fragrance empire did run into some trouble in the early 1800’s for his secondary business idea “WEED LASAGNA.” We won’t get into the particulars here, but that product, while a commercial success initially was also found to completely illegal. While “Cheech” Hamilton’s name lives on famously through fragrance, his name has essentially been wiped clean from the history books otherwise. You may recognize the nickname “Cheech” – which was resurrected by a famous comedian in the 1970’s as an homage to the originator himself. 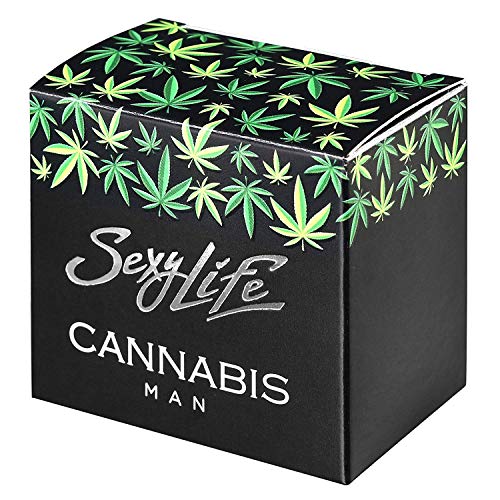 Last update on 2023-02-04 / This post may contain affiliate links which may give us a commission at no additional cost to you. As an Amazon Associate we earn from qualifying purchases.