What You Need To Know About Cell Phone Jail:

The Cell Phone Jail: The world’s smallest jail cell for your overzealous cell phone usage is not quite what it seems.

American traveler Saxon Bingham enters the jungle alone. He discovers a tiny jail cell, empty in the middle of the jungle, surrounded by ancient bao-bao trees.

The covering in the jungle is dense. It’s difficult to see, as it’s dawn.

Saxon rushes over to the tiny jail cell and inspects it. It’s been broken – broken FROM THE INSIDE OUT.

Where did it come from? Who, or more importantly what was inside?

He wipes his brow which at this point is drenched in sweat.

The sun rises from the East.

Saxon picks up the jail cell and inspects it. “This must be for a monkey or some sort of tiny Bigfoot? Maybe it’s for corn cob pipes?”

Saxon, for clarification, is an idiot.

As the sun rises, the explorer notices thousands of little jail cells all throughout the inner sanctum of the jungle.

He stands, looking startled. Then, he decides to dance.

The Charleston. The Cha-Cha-Cha. He even spends several minutes doing the Twist.

At one point he’s humming to himself with his eyes closed thinking about what it must be like to be a goose.

Bingham collects all of the tiny jail cells in a satchel he made out of hastily sewn together handkerchiefs.

He brings as many as he could manage back with him to America. Unfortunately, his travels back to America were long. Instead of taking the 15-hour flight, he opted to take a boat. A rowboat.

When back on the mainland of America, Saxton had work to do. What were the jail cells?

He arrived by rowboat on the shores of Newport, Rhode Island in the summer of 2007.

It was a long trip. He was sunburned. He was hungry. He was 78 years old at this point.

The 26-year rowboat journey was not kind to the man.

He rolled up on the shore, picked up the one final jail cell he had remaining. Looked to the sky and shouted “to the Heavens and beyond, I sacrifice this jail cell to the Queen of Alabama! Bazooka Joe”

Then he passed out. The tide took him back out to sea.

A young woman walking the beaches came upon the tiny jail cell and had an ingenious idea.

She turned them into little tiny cell phone jails. Phones go in, but thankfully at least they can’t get out themselves (as opposed to whatever the heck was escaping them in the jungles so long ago).

People bought them from her in droves.

Using them for dinner parties, as punishments, as declarative statements noting an area was a “No phone zone.”

Fun stuff. She got rich. Cell phone jails are cool. Especially this one, it holds about six phones. You could even store other stuff in it, like your canned wifi. It has a lock.

He rolled out to sea, but he did survive.

Just last week he washed ashore…waking up on the outskirts of the African jungles.

He opened his eyes, looked around and said “Bazooka Joe! Am I in Alabama?!” 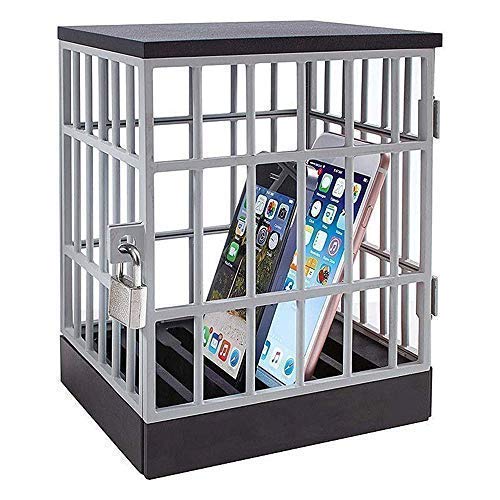 Last update on 2021-06-22 / This post may contain affiliate links which may give us a commission at no additional cost to you. As an Amazon Associate we earn from qualifying purchases.

The Grow a Real Boyfriend

Quick Links
Menu
Awesome Links
Menu
Helpful Links
About Us
Contact Us
Facebook-f
Instagram
© 2016-2021 Define Awesome All Rights Reserved. We are a participant in the Amazon Services LLC Associates Program, an affiliate advertising program designed to provide a means for us to earn fees by linking to Amazon.com and affiliated sites. As an Amazon Associate we earn from qualifying purchases.