Price not available
Buy on Amazon
Define Awesome is a participant in the Amazon Services LLC Associates Program, an affiliate advertising program designed to provide a means for sites to earn advertising fees by advertising and linking to amazon.com.
Share the The Box of Lady Bugs with your friends:

What You Need To Know About The Box of Lady Bugs:

A box of ladybugs may seem like an insane thing to purchase anywhere, let alone online, and… it is!

That’s why it’s perfect for you. You have spent too long in the shadows, lurking, waiting. You’ve sewn your costume. You’ve written your manifesto. You’ve built your secret lair. You’ve furnished your lair.

Now is the time to reveal your true self to the unsuspecting public. You’ll show them who’s “crazy”!

You’ll show them all! There’s only one piece of the puzzle left to bring your evil genius plan to fruition: minions. “Minions?

A box of ladybugs aren’t minions!” we hear you cry, and oh, how you couldn’t be more wrong. Let’s be honest; we know you already blew through most of your budget with all those extra sequins that you just had to have on your cape while playing a game of capture the flag with your friends thinking it’s cool and all, because it is.

Not to mention the cost of all those designer torture devices and shark tanks for your secret lair.

So now you have a question to ask yourself. Who is going to cower beneath your mighty fist when you only have one, maybe two minions? Nobody, that’s who.

When You Buy a Box of Ladybugs, You Get Not One, Not two, but thousands of beautiful, live ladybugs!

Now that’s a number significant enough to strike fear into the hearts of the public! Just picture it now.

Wave upon wave of your beautiful winged soldiers descending on the city. A box of ladybugs is the perfect minion option for the aspiring despot on a budget.

Most people don’t know this, but ladybugs can be easily trained to become vicious assassins, as long as the thing you want them to assassinate is aphids or other smaller insects.

Sure, some of your other supervillain friends will make fun of you at first, but we’ll just see who comes crawling back when their rose gardens get aphids! A box of ladybugs? More like a box of awesome. 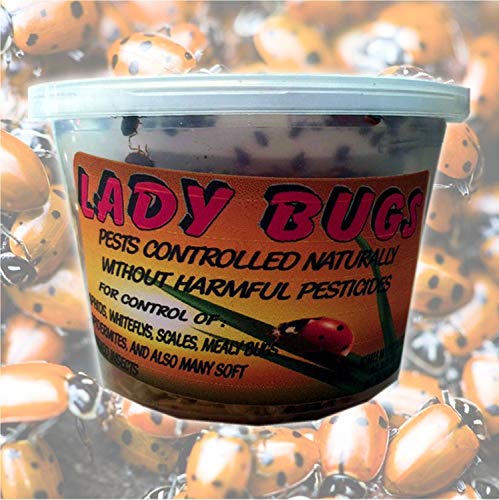 Last update on 2022-05-18 / This post may contain affiliate links which may give us a commission at no additional cost to you. As an Amazon Associate we earn from qualifying purchases.