Buy on Amazon
Define Awesome is a participant in the Amazon Services LLC Associates Program, an affiliate advertising program designed to provide a means for sites to earn advertising fees by advertising and linking to amazon.com.
Share the The Donald Trump, You’re Fired Button with your friends:

What You Need To Know About The Donald Trump, You’re Fired Button:

The two words no one wants to tell their employees.

So, why say it yourself?

Who better than Donald Trump to say it for you every time you’re itching to tell that one person that’s been bothering you a little too much?

Give them a reason to fear you.

The person hearing those two words won’t know if you’re being serious or if you’re joking.

They will let out an uneasy chuckle while looking into your face and your tone of voice for clarification from their confused state.

The only thing that they will be met with is a straight face.

If you were to tell someone they’re fired in every circumstance, it won’t sound official, but no matter what position you’re in.

BUT, if PRESIDENT DONALD TRUMP says you’re fired, you know it’s over.

She was also yelling at her mother on the phone because she just started her moon cycle last night. That’s like TMI girl, come on…. Cry on your own time, not during my fly ride time.

So anyways, you go ahead and give that You’re Fired button a try…

Yup, you just made Sonia cry. And she just dropped you off on the side of the road in the middle of the Sonoran Desert.

But you know that Trump does not accept moon cycles as a real excuse- Sonia, You’re Fired!

Whew it is hot in the desert! But that is also just a side effect of the button, get heated and keep firing.

Fire People With The Confidence Only Trump Can Match

Now, back to Sonia and her moon. She took Donald Trump’s voice very seriously.

We heard she actually broke out as a free spirit and decided to ride horses across the desert after being fired by Trump.

Trump has had his fair share of hiring and firing. Since he has had a lot of practice, the amount of confidence in his voice when he says those two dreaded words is unmatched by anyone else.

Sonia knew this. So, she read Donald Trumps Book three times, and began to fire everyone from her life. Now she pets horses for a living and listens to the tone of Trump’s sweet voice to boost her confidence from time to time.

The Button of All Office Buttons

When Sonia hears Trump’s voice every time, she presses the button she hears “you’re fired” – and is sent into a flashback, except it’s a somewhat blurry flashback.

Like, when a familiar scent gets through your nostrils, or when your taste buds encounter a familiar taste. And, instead of being filled with food or oxygen, she gets filled with nostalgia from her Uber days.

Petting horses and watching them graze beneath her mother moon is way better.

This button will give that feeling of unfamiliar nostalgia to whoever hears it.

Use The Button with Caution, Sonia

After 3 days of Sonia praying to the moon, Donald Trump appeared in Sonia’s dreams giving her three warnings of caution.

As much as you may love to press this button, fight the urge to push it every interaction. Pressing the button too often may lead to the development of unwanted features. We take no responsibility in the event of the following. He recommends overusing the Fail button instead.

For the sake of your well being, please use this button in moderation, Sonia.

If you use this button too often, you may find that at the end of long days, your white shirts have a hint of orange to them. You will develop wrinkles in unexpected places that become storage places for excess spray tan, which are visibly more orange than the rest of your skin.

Every inch of your skin will be covered with this orange substance except for a circle around your eye. No matter how hard you try, that area will always stay your true skin color.

Each bead of sweat that will be excreted by your body will be so concentrated in the orange goo that it will no longer have the consistency of water. After a while, the spray tan will be flowing in your bloodstream as well.

The more you overuse this button the bigger you may feel you are getting.

You may think you are turning into a giant.

Unfortunately, this isn’t the case. You will quickly discover that your hands are just getting smaller.

You may have a harder time grasping your phone, your loved ones’ hand, or an accurate understanding of reality. You will find it harder to hold onto any remaining respect you have for others and their views.

You will realize that you’re hair is starting to slide off your head. No, not fall off completely, but slide off slowly.

The main reason you will keep on wearing it will be to take some of the attention away from the spray tan that is smudging on everything you touch.

Gold Beyond Your Wildest Imagination, Fire Away!

Sonia found that everything she owned soon became plated with gold.

She was overfilled with joy, dancing and prancing everywhere.

She felt like a confident fairytale princess with all of the gold that starts to appear out of thin air.

Dreaming about Donald Trump and getting fired was the best thing that ever happened to her.

Sonia now drops all the rejects off in the Sonoran Desert and rides away on her horse like a free spirit watching as the fired souls burn up in the desert behind her.

She wants to give a thank you to Donald Trump, and a special shout-out to her moon. Whatever that means. 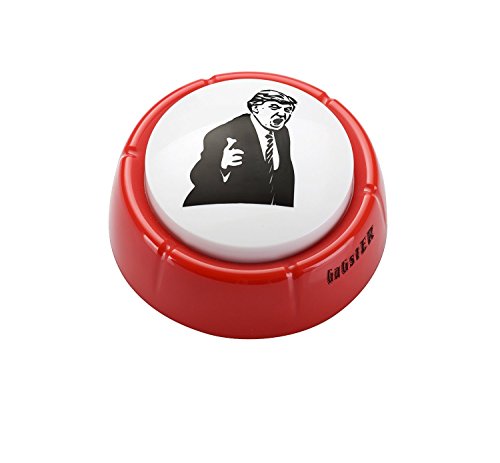 Last update on 2023-01-17 / This post may contain affiliate links which may give us a commission at no additional cost to you. As an Amazon Associate we earn from qualifying purchases.