$6.99
Buy on Amazon
Define Awesome is a participant in the Amazon Services LLC Associates Program, an affiliate advertising program designed to provide a means for sites to earn advertising fees by advertising and linking to amazon.com.
Share the The Pet Petter with your friends:

What You Need To Know About The Pet Petter:

Let’s be honest: Who has the time to pet their own pet?

The future is here, and we’re all busy doing like a thousand things at every second of the day.

And of course, by “ a thousand things,” we mean “ignoring reality and checking our phones non-stop every six seconds.”

Point is, the “Pet Petter” box isn’t even a real thing. It’s a prank gift box intended to hold other, “actual” gifts. Or is it…

Why does that matter to you? Well, not to overstate things, but it could be a prank box that changes the entire landscape of your life. Here’s how:

Imagine you buy someone a gift. Sure, it’s probably thoughtful. Maybe it’s a blanket. Or a gift card. Or a thoughtful gift of some sort. Whatever.

Fact is, a thoughtful gift can only go so far. The person opens it. They smile. They’re pleased you thought of them and purchased a nice gift.

The “Pet Petter” gift box is basically like a gift before the gift.

They unwrap the box, see it and start freaking the hell out. “There’s no way this is real!” they laugh. “Wow! This is insane!” they cackle.

The whole thing becomes an exercise in pomp, circumstance, and entertainment.

The box makes their entire day.

They take a picture with it.

Other people see it and start liking it and clicking hearts and leaving smiling faces. Wow.

They love the “Pet Petter” idea. They love it so much, after receiving your gift, they decide actually to invent an actual pet petter.

Next thing you know, they’re selling thousands – then millions of them online. You’ve introduced a new product onto the market that revolutionizes the pet industry. All from a joke.

You’re the next great inventor (or at least inventor’s friend).

Don’t let the opportunity to make the world a better place with the “Pet Petter” gift prank box slip past you.

Is it really a gift? No.

But is it a step in the right direction, when it comes to making people open their present, smile and then feel like they are literally going to implode with excitement? Heck yes it is!

The “Pet Petter” box. It’s everything you want your actual gift to be, but better.

Step up your gift-giving game. It’s here. And it’s awesome.

Disclaimer: The “Pet Petter” prank gift box may not make millionaires out of you or the gift recipient. It will, however, make everyone in attendance laugh when they see it with reactions like, “NO WAY!” and “OH, SNAP!” followed by immense laughter. Which totally increases your cool factor, for life. 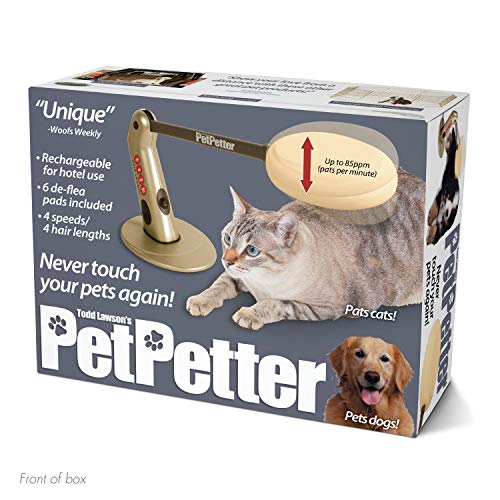 Last update on 2022-05-17 / This post may contain affiliate links which may give us a commission at no additional cost to you. As an Amazon Associate we earn from qualifying purchases.