Does it smell like success in here, or is it just my underarms wafting the odor of a winner?

It’s not you, and your weird little parking routine that makes it look like a six-year-old somehow got their license from a cereal box as a prize.

Why is it the general public seems to have more difficulty figuring out how to simply slow down their damn vehicle, put it in park and get out of their car?

Turns out, most people seem to do this:

TEAR INTO THE PARKING LOT

It’s not that hard folks. Right? It can’t be.

Finding a parking spot, driving gingerly into it and smiling to all of the other human beings you pass as you walk into wherever you’re going should be customary.

It’s like a war zone out there. A war zone where people park as if they are so unfamiliar with the rules of the road that it makes you want to cry.

You’re better than that.

As a matter of fact, you’re so much better than that, you need to let people know.

You could do one of two things:

1. Start a syndicated talk radio station show where you call out people who have done poor jobs of parking and invite callers to call up and do the same. Hope that you’ll amass enough listenership for people to actually care about what you’re doing – and ultimately, hope that the culprit is listening, so they learn their lesson.

2. Leave the idiot parking person a parking ticket. Call them out. Win the day (or night) directly.

Number two seems like it’s number one in the rankings of your life, we can all agree.

Make sure that every person you’re ever met that parks like a drunk Fraggle on Black Friday know that they have done you wrong.

Leave them a note.

Not just a note, but…

Instill in them the fear of God.

Let them know, they should have known better. They deserve fake parking tickets for parking like the business end of a donkey.

Sure…this isn’t a real parking ticket…but hopefully it shakes the idiot to the core so much they decide to not be such a worthless zero in the future.

Do your due diligence. Be awesome.

Let the goons know they need to park better.

This is passive aggressiveness at its best.

I know your grandma is rolling over in her grave.  All those times she told you to sit up straight in your chair, and now you’re paying the price for not listening.  Boy, was that a mistake.  But honestly, no one likes a person with bad posture. Learn not to be such...
361
$169.91
Check It Out

What Do You Do With Complaints? As the wise and wonderfully talented LL Cool J once remarked in the 1992 hit song “Mama Said Knock You Out,”: “Explosions are overpowering, and over the competition, I’m towering.” Imagine that — what a line. And you could live that life every...
433
$17.99
Check It Out

“Oh, Mimi – could you fetch me another hors devours please?” “Ah, yes, Furball, I fancy a dessert to satisfy my naughty sweet tooth, my dear!” That could be you. That could be you speaking to your pets as you finally come to the realization that not only can...
261
$7.99
Check It Out

The Epic Fail Button – With An Epic Failure Trombone Sound (incase hearing someone say epic fail wasn’t enough) How often do you think to yourself in your head “well that was a fail?” Now you can actually show your disdain for the situation and make everyone else in...
315
$14.99
Check It Out

Oh, you fancy huh? Well, Meet Mr. Moustachio, a fancy gentleman with the manliest mustaches of all time. Some might even say the fanciest. How fancy? This so and so has it all figured out. And by “all,” we, of course, mean “mustaches.” Moustachio is a curious case when...
170
$6.99
Check It Out

There’s no way you’re still talking on your phone like it’s 2003, are you? If you are, there is very little hope for you. Frankly, why not just go all out and treat your phone usage like it’s 1897. Carry around an old wooden wall clock with a handset...
293
$9.75
Check It Out 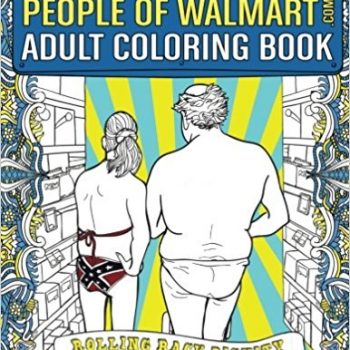 The People of Walmart Adult Coloring Book is just the thing for that Zen soul-searcher who has tried everything. You’ve attempted to practice meditation, hour after hour of diligently coloring mandalas and then burning them, to remind you of the futility of labor and the importance of the present....
266
$10.79
Check It Out

Are you a cultural archetype? Having 100 cats is desirable. Cats are mysterious furry creatures, and only the most devilish of women or men can remember all of their cat’s names. Playing yarm games with your cats may take up most of your time on a daily basis, this...
4
$25.00
Check It Out

Have you ever woken out of bed thinking of breakfast? It’s a boring thought. That’s why The Mr. Sneezy egg separator is what your awkward mornings have been looking for; a conversation piece! Worried you might be late for work? Well, this egg separator is guaranteed to turn any...
167
$12.99
Check It Out

Give your beloved kitty or puppy an entirely new outlook on life and be their hero, once and for all!
426
$36.99
Check It Out